Have you ever had a near death experience?

In January, 2002 I rolled my truck off of an overpass while driving southbound on the Seward highway before the Dowling road exit. I can’t remember what was on the agenda for the night. It was late. It was one of those rare occasions when I was sober. I just had a new speaker system installed in my truck THAT DAY. I couldn’t have been happier. Two, 10 inch subwoofers sat enclosed in a box that took up the whole backseat of my extended cab pickup truck. The bass was booming and life was good.

I was in the left lane on the highway traveling at 50mph, well under the posted speed limit of 65mph. I remember looking at the speedometer. It was dark, cold and black ice covered the road. There was a car in the righthand lane that suddenly swerved into my lane and I overcorrected, trying to avoid a collision with the car. As soon as I jerked the truck to the left, I lost control. The truck fishtailed all over the icy highway. I closed my eyes and held on as I lost control. I hit something, and all I heard was glass breaking and metal crunching. I kept thinking about all of the other cars on the road and I hoped I hadn’t caused anyone else to wreck.

I felt tiny pieces of glass shatter across my face. My new subwoofer box repeatedly hit me in the back of the head as my truck flipped over. I felt the powerful restraint of my seatbelt across my chest as I went upside down, then right side up. Over and over again. I wondered when it would end.

Suddenly, the truck stopped and it landed right side up. Everything was silent. I opened my eyes and saw that I had rolled down a hill and landed in Campbell creek. My window was smashed, so I crawled out of it as fast as I could because neither of the doors would open. It was dark, but I could see that everything that had been in my truck; CD’s, my cell phone, the hat that I was wearing on my head, were all about 10 feet from me. Stunned, I surveyed the damage and wondered how the hell I was going to drive out of this ravine. I didn’t realize that the truck was totaled and that it would later take a tow truck over an hour to pull it out.

I looked up on the overpass above me and heard a lady crying, she yelled down and asked if I was alright. I looked around once more and realized that I was alive and everything was okay. I waved to her. She was on her cell phone with the police, reporting the accident and in between sobs I could hear her explaining the insanity she had just witnessed. A man ran down the hill, wide-eyed, and asked if I was okay. I nodded. He told me that he had never seen anything like that before. I figured it must have been quite a sight. I almost wished I would have seen it from an onlookers perspective.

Scenarios ran through my mind for months after the accident.

What if I had been drinking?

What if I had killed someone?

What if I had been killed?

But I was sober. No one was hurt. And I was alive.

My invincibility was astounding. This was one of those life lessons where you know the universe is getting fed up with your bullshit and that your 9 lives are just about up. You’re so shaken to the core that you realize it’s probably time to wake up and make some changes. I wish I could say that I completely turned my life around after this day, but I didn’t. It would later take a tragedy to make me to change my life. I’ll save that story for a future post.

The accident got my attention.

I joke about being invincible, but I was young and back then I was convinced that nothing could hurt me. I’m thankful for that accident because it was a lesson that taught me to start paying attention. Start caring more.

As they say, ignorance is bliss.

Before the accident I never thought about death, which meant that I never knew the vibrancy of life. I went through the motions, but I had no plans or goals. I didn’t care about my future. I didn’t care about much at all. I never had any money. I was rarely sober because I preferred to be numb. I couldn’t figure out how to have a healthy, normal relationship- probably because I was always numb. I felt like life was more of a struggle than it was sometime worth. 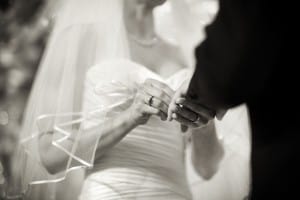 Experiencing the vibrancy of life at the top of the Empire State Building, 2012.

After the accident and other subsequent events that permanently altered my life, I started thinking more about death for the first time ever. The more I focused on the inevitable reality that one day I would no longer be on this earth, I began to actually LIVE.

I had all of these things I wanted to do “someday” but they weren’t getting done. I decided to change that. I began to focus more on my health and competitive bodybuilding. I started my company, Figarelle’s Fitness, so I could help others change their lives with fitness. I got out of debt. I traveled abroad. I married the love of my life, and I continue to work hard everyday towards goals that inspire me.

Death is inevitable. Millions of people die everyday. If you’re scared of death, perhaps you need to begin to live right now. Today. Do something that takes you out of your comfort zone and gives you butterflies. Dare yourself to do something that you think is impossible. Prove yourself wrong. Stop numbing yourself. Make a list of things you’re grateful for and read it in the morning and again at night. Shut off the TV. Make plans. Travel. Spend more time with people you love. Get away from people who are toxic and bring you down. Quit your job if you despise it.

Feel the vibrancy of life, even if you have to remind yourself of the inevitability of death in order to do so.

And always wear your seatbelt.